Our experienced team consists of English solicitors and Portuguese Lawyers. We are able to serve your legal needs whilst also understanding your cultural diversity. Often these solutions need to be individualised and we have the flexibility to blend both traditional and innovative perspectives to provide 360º solutions.

In particular, EDGE has a high degree of expertise in dealing with tax and property matters in Portugal for international clients, including purchase and sales, advising on all the safeguards necessary to acquire good title.

Geoffrey is a dual British and Irish national.

After studying law at Birmingham and York and starting his legal career in Belfast and the city, he moved to Portugal.

He has been living and practising in Portugal for almost 20 years and became an equity partner in 2003. Registered as an English Solicitor with the Portuguese Law Society,  the English Law Society and the Irish Law Society, Geoffrey’s specialises in advising international clients on their Portuguese investments, including their tax, real estate, and corporate matters.

He is a founder member of the Ireland Portugal Business Association, and its Director of Corporate Affairs, and a committee member of both the Irish Association and Royal British Club. He is also the Honorary Legal Advisor to the British Ambassador. 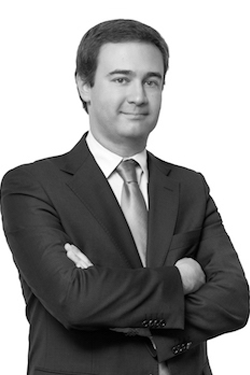 Schedule a free consultation with our team.